The growing season in the Panek Vineyard was uneventful, with the fruit setting up beautifully. As the September heat wave set in, it was crucial to water the vines deeply and let the moister canopy protect the clusters. The afternoon shade at this site provided further protection when temperatures soared. Soon after the heat spell broke, brix began dropping to normal levels. We let the fruit hang to further ripen, and picked a week later than normal.

Yield was smaller than average in 2017 throughout the Valley, and the Panek Vineyard was no exception. While quantity was down, quality of all five clones planted to this site continues to impress. We saw superb maturation across the board, with clone 337 coming into its own and clone 6 putting on its best showing ever. The 2017 Pulido~Walker Panek Vineyard Cabernet Sauvignon is blended from the three clones we have traditionally used, along with clone 337, to bring you a wine of excellent quality from a vineyard where quality has become consistently high.

This vintage is balanced and light on its feet, with fresh fruit characteristics. Somewhat more red fruited than is typical even for this site, the wine is a refreshing one to drink now. We have seen fleshier vintages certainly, and much as we anticipate the ways those wines will develop with age, we greatly appreciate the 2017 Panek Cabernet Sauvignon for giving us something delicious to uncork right away. 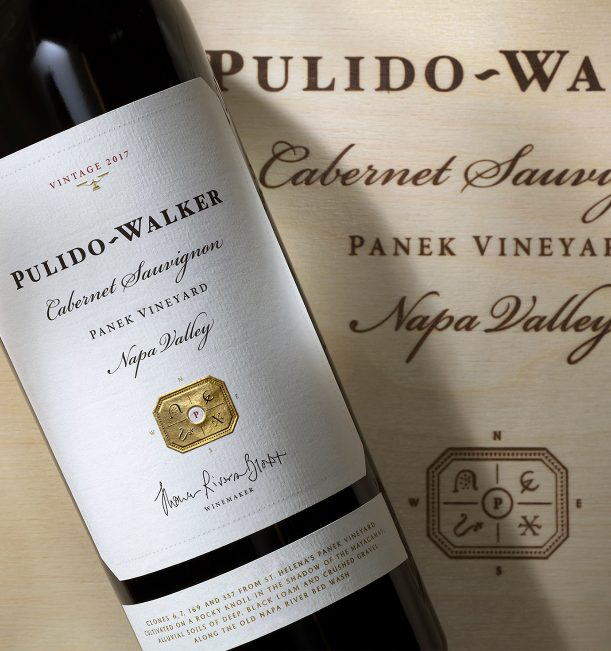