Proprietors Mark Pulido and Donna Walker have a long history in the Napa Valley, building relationships and putting down roots in the community. In the early 1980s, Donna and Mark began making regular trips to the Valley, meeting vintners at iconic cellars where they often tasted from the barrel. They were drawn into tasting room discussions about harvest and the rhythms of crafting wine. Pulido~Walker is a natural outgrowth of the couple’s passion, as collectors, for the place and its promise. Their Mt. Veeder Estate is a testament to the family’s long-term commitment to Napa Valley and the addition of the Policy Estate in Yountville extends their view toward the future.

The grandson of immigrants, Mark grew up in Tucson, Arizona where, like his father, he earned a pharmacy degree from the University of Arizona. Mark was encouraged to pursue the possible in every endeavor, and winemaking is no exception. “My personal code is: dream big, set audacious goals, respect others, and achieve excellence,” he says. Pulido~Walker is one of the finest manifestations of those principles with Quality, Quality, Quality (Q3) in action.

As a young executive at San Francisco–based Foremost-McKesson, Mark quickly became passionate about terroir driven producers through his exposure to wine writer Gerald Asher, who worked with the company’s Wine & Spirits Division. Service on the board of directors for Leonardo LoCascio’s Winebow showed Mark that a commitment to fine wines could also be a successful business.

Mark, an advisor, investor, and philanthropist, has more than three decades of executive leadership experience. He has led several of the most prominent healthcare and technology companies in the world.

Donna’s father, like Mark’s, was also a pharmacist. Growing up in Columbia, South Carolina, and following in her father’s footsteps, she earned her degree in pharmacy and MBA from the University of South Carolina. She later joined 3M Pharmaceuticals and held various executive positions in sales, marketing, and management before becoming North American Sales and Marketing Director of 3M’s Telecom Division.

For Donna, there’s a romance to the experience of enjoying, sharing, collecting, and learning about wine. “Everyone involved in winemaking makes an emotional investment in the earth and the process,” says Donna.

When not in the vineyard or traveling the world with their son Chas, the couple’s philanthropy through the Pulido Walker Foundation keeps them focused on education and health, another way to share their enthusiasm to “Pursue the Possible.” 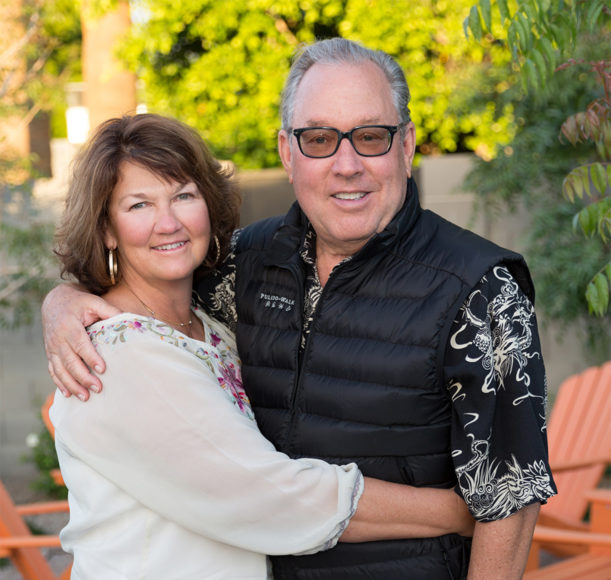