When temperatures began to soar, the Melanson Vineyard, located on Pritchard Hill, held up well to deep watering, unlike some hillside sites where runoff can be a problem. Its cooler elevation above the valley floor also helped. Yield was down significantly from 2016, but that served us well. Less fruit on the vines meant the berries matured at a faster pace, giving us a large window of opportunity for harvest.

Recent vintages of the Pulido~Walker Melanson Vineyard Cabernet Sauvignon exhibit a broad mix of savory and herbal elements with black fruit. The 2017 is much more red-fruit focused, harkening back to the fresh taste profile of earlier vintages. This refreshing red-fruit quality, accentuated by the heat, is clearly the overarching characteristic of the 2017 Napa Valley vintage.

The 2017 Cabernet Sauvignon is a similar clonal mix to previous vintages: old vine 7, old vine 337, and young vine 7. We have come to rely on the bright, red-fruited clone 337 to complement the intensity of clone 7. However, the preponderance of red fruit in all lots meant the final blend required less 337 to shine. We’re pleased to offer a Melanson Vineyard Cabernet Sauvignon that doesn’t demand great patience to thoroughly enjoy. 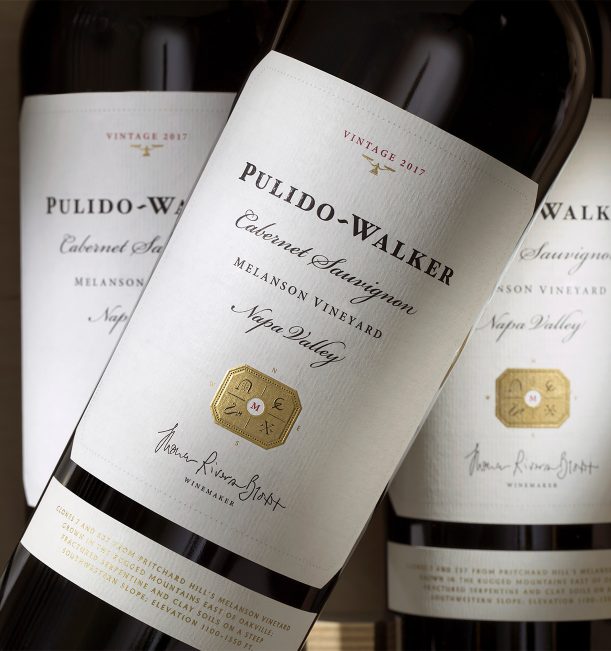