If 2012 was an idyllic year for the Napa Valley, 2013 turned the region into a full-blown Eden. Murmurings of “the best vintage ever” were neither exaggerations nor wishful thinking. We had no concerns about the growing season other than excessive heat, which at times just didn’t want to abate. The vines on the valley floor never really shut down. Although some feared fruit was ripening too fast or flavors wouldn’t be developed, neither proved true in the Panek Vineyard. In the end, we produced the best wine to date.

Vines in the Panek Vineyard withstood the heat extremely well. Despite negligible rainfall early on, we saw very little dehydration—a testament to a spectacular farming effort in a hot, dry year. The non-stop growing season resulted in highly concentrated fruit, manifested as smaller berries with more per cluster than we’ve ever harvested from this site. Clone 6 typically produces a smaller berry, and this season saw that sometimes shy performer excel with balanced vine vigor and growth. Clones 7 and 169 were the real revelation, however. Both delighted us with uncharacteristically tiny berries and extremely thick skins, from which the wine draws its profound color and flavor.

Winemaking & Tasting Notes
Earlier vintages of the Panek Vineyard Cabernet Sauvignon demonstrate generous valley floor qualities like caramelized sugar and maple syrup, resulting from a mix of red and black fruit. One striking difference is that the 2013 vintage is bigger and more structured, owing to the preponderance of black fruit. This is still very much a fruit-driven wine, but the impact of pure, dark fruit from small, thick-skinned berries is considerable. This wine is the finest expression of the site thus far.

We believe it’s preferable for young Cabernet Sauvignon to show some tannin, and valley floor wines deliver that in 2013—another hallmark of a best-ever vintage. The Panek Vineyard Cabernet exhibits a bit of grip in the finish that hasn’t been apparent before. Though we certainly wouldn’t discourage anyone from enjoying it young, the 2013 definitely has a longer cellaring window than its predecessors. While savoring your 2012 wine from the Panek Vineyard, your 2013 will only benefit from a year in the cellar to smooth out its back-end tannins. 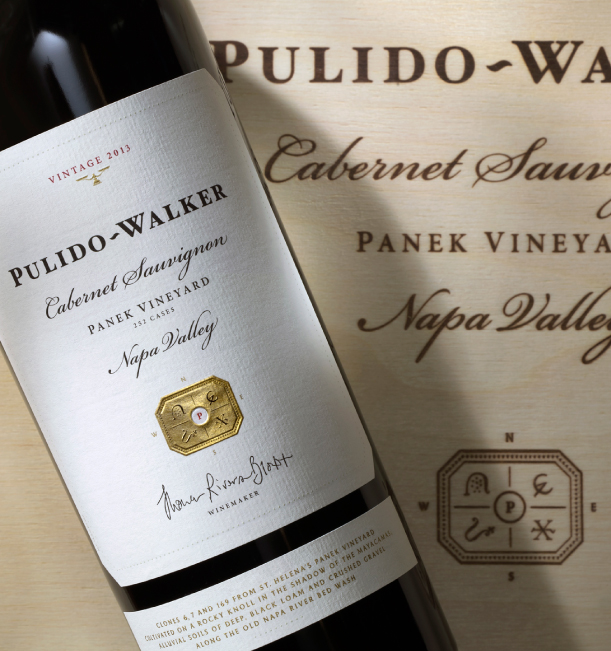